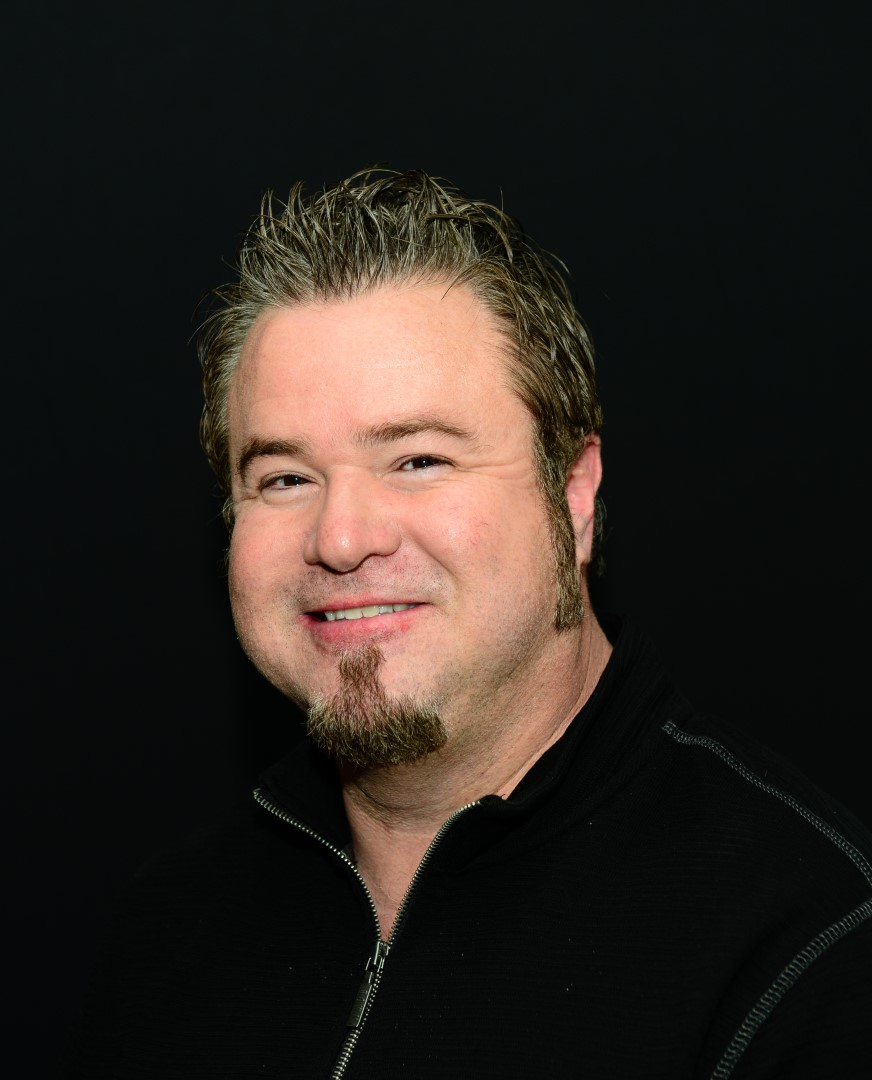 Cecil Lindsey’s 27 year tenure with Vector Concepts has led him to the position of Senior Project Manager. He was lured away from the music distribution business where he performed in management, forklift training, warehouse design, and as part of the safety team. At Vector, his job requires expertise in sales, estimating, project management and design assistance from beginning to end, offering stellar service with the goal of 100% customer satisfaction. His code is “There are no problems, only opportunities.”

A talented musician, Cecil plays guitar and sings backup for his Christian band, Seven Days from Sunday. They play frequently at area churches and community events. He and his wife, Kathi, have two lovely daughters, Megan and Morgan. He loves to spend time with his family and stays active by exercising regularly. He is involved with Vector’s favorite charity “Family Legacy,” which provides care for orphaned children in Zambia.

The practical jokester side of Cecil is well known around the office. He says “I like to make a good time out of any situation. Why should it just be a job when your co-workers are like your family?” So, at any given time, Cecil will show his affection by scaring the daylights out of them by blowing an air horn behind their heads when they least expect it, quite often capturing the hilarious results on video. 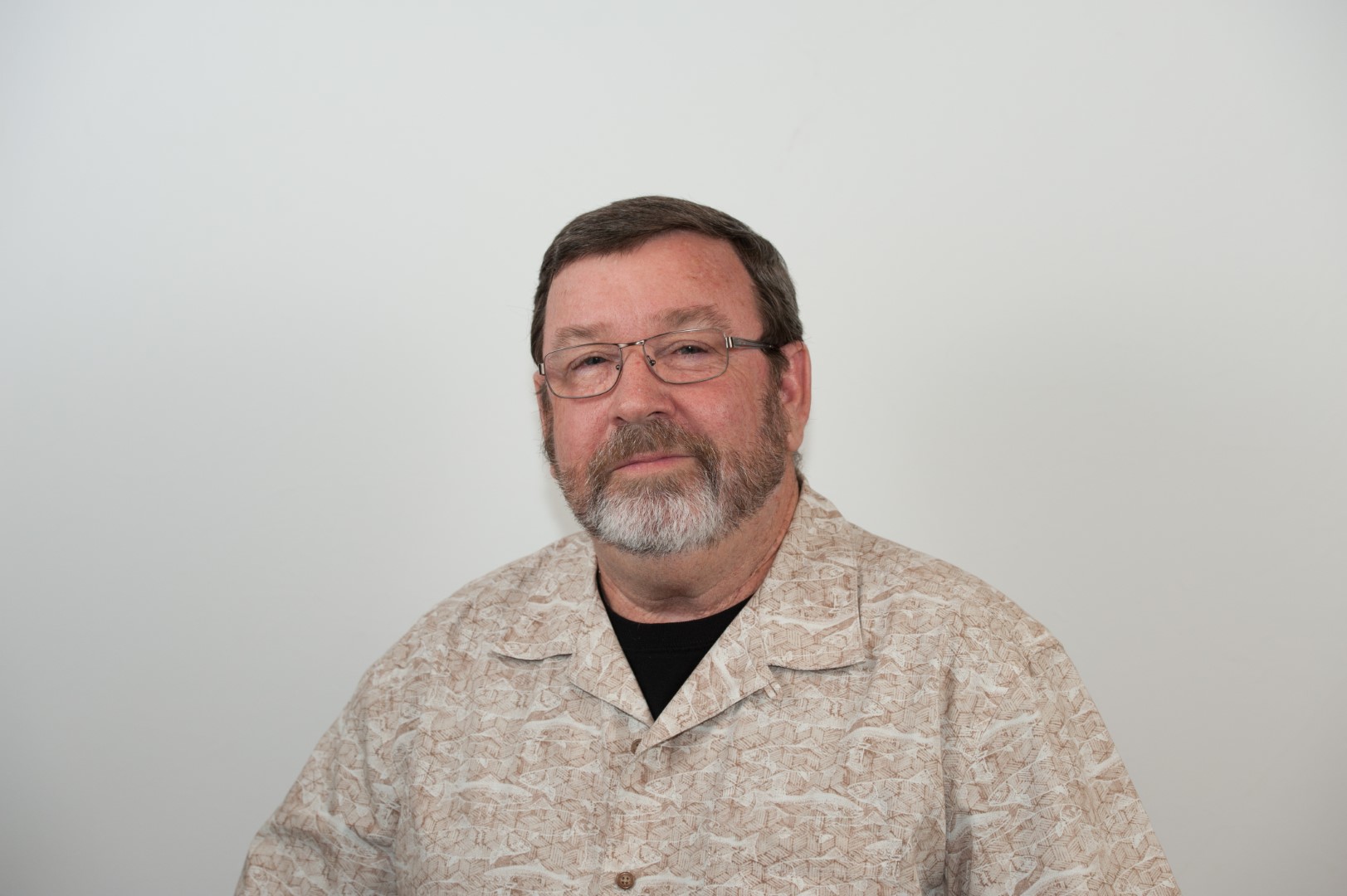 Dennis Wilson has worked in the Ceramic Tile industry for over 49 years. He started out as a helper at the age of 16 and is a Third Generation Tile Setter; for the past 19 years, he has been Vector’s Senior Project Manager and Estimator for the Ceramic Tile Division. He is from Dallas, TX, enjoys fishing and reading in his spare time, and regularly attends Crossroads Christian Church.

Dennis follows this method for success: “Work hard, do the numbers and the projects will come to you.” 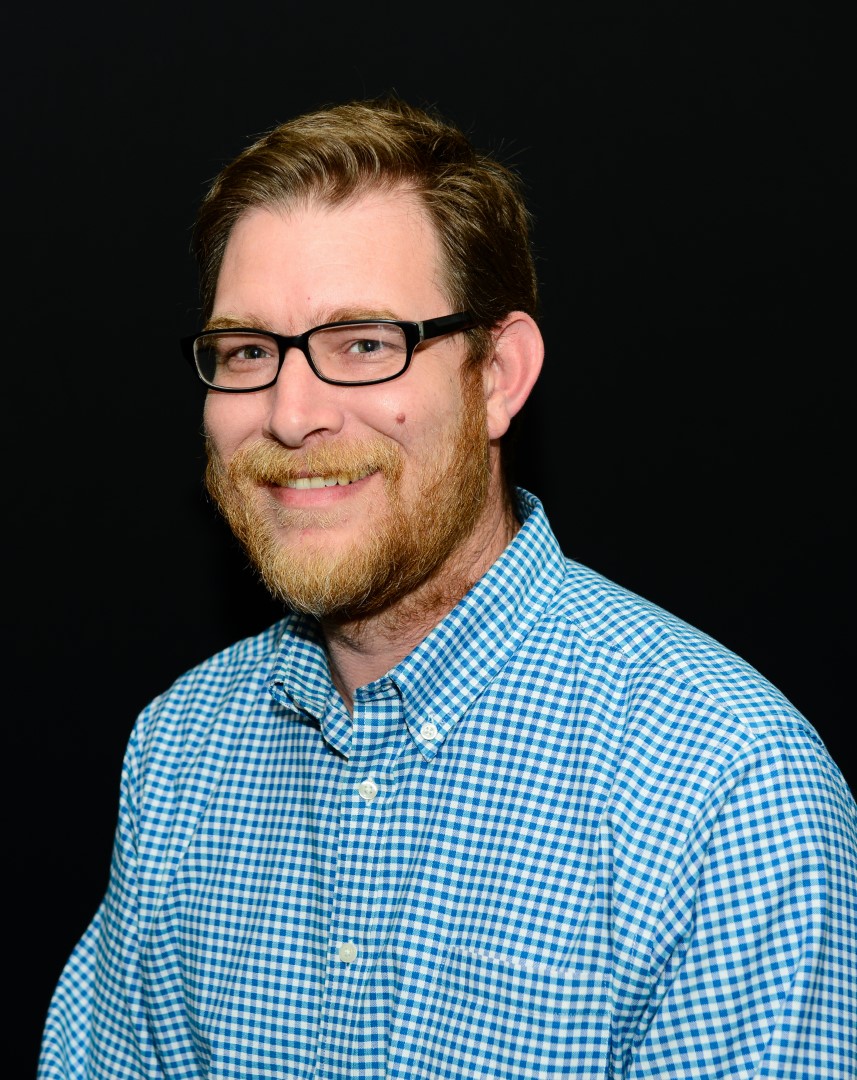 Jason’s 17 years with Vector Concepts has brought him from the warehouse into Sales, Project Management and Estimating, as well as helping with multiple other facets of daily operation. In addition to working with his own clients, Jason works with both the Commercial and Sports Teams, estimating and managing their projects.

A native of Farmers Branch, Jason attended Wyoming Technical Institute, and has spent his entire career in some aspect of the service and construction industry.  He and his wife Kate have 3 children, Signe, Nathan and Lucy. He spends his free time as a homebody, whether spending time with the family, working on the endless list of honey-do’s, or relaxing on the back porch with a drink in his hand. Though he has been compared to Steve Urkel by most of his coworkers, he claims to have no sense of humor whatsoever. Jason has been known to keep a stick in his office in case Cecil tries to scare him with his air horn. 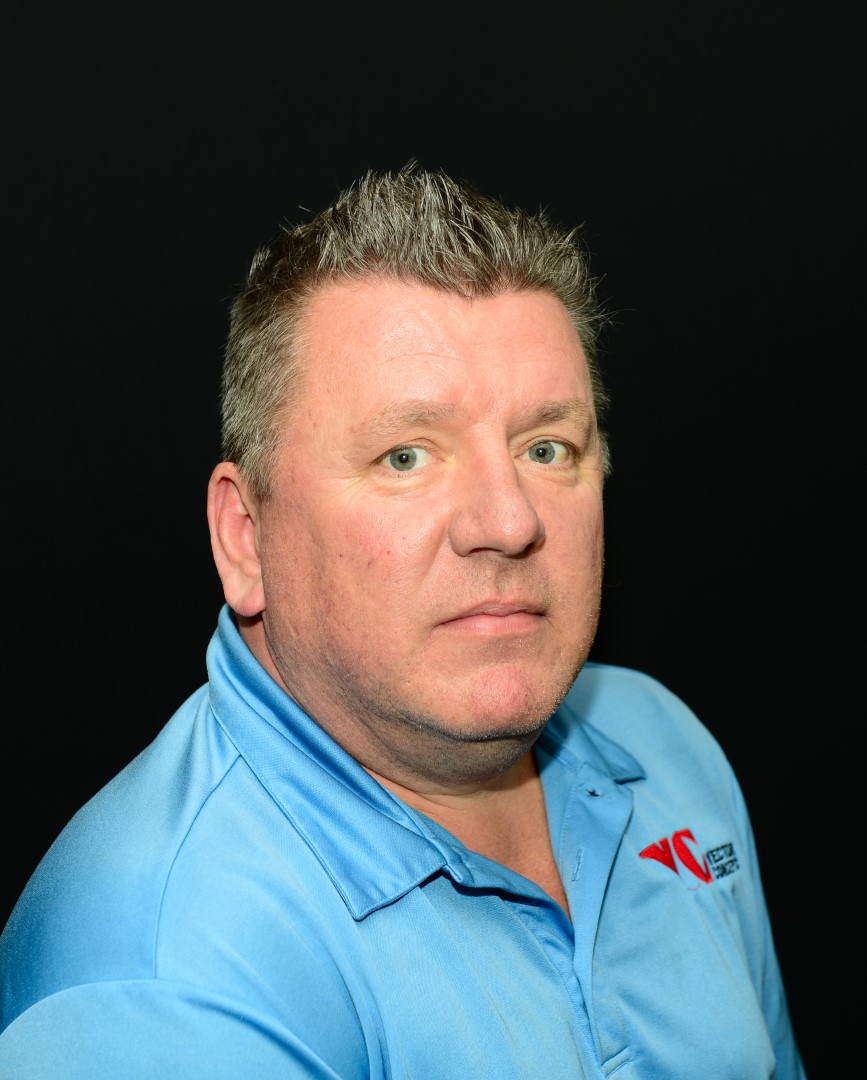 Rick Gillissie is a Senior Project Manager at Vector; his specialties are Senior Living, Corporate and Tenant Improvement projects. He also works with other members of the team as an estimator. His ability to focus, pay attention to detail and maintain superior organizational skills are major contributors to his success.

Originally from Detroit, with a Business Administration Degree from Eastern Michigan University, Rick is a hard core Red Wings fan but also loves football season, playing poker, golfing and bowling. He enjoys watching any type of sports at a local pub or sports bar as well as heading to The Ballpark for some baseball.

Rick’s down time is often spent cooking on the grill or with his slow cooker and he has been perfecting his technique for home-made Chicken Wings. He is well-known for making delicious fresh fruit smoothies for everyone in the office on Friday afternoons. A testimony to his culinary skills is the fact that in 2015, he was named Champion and First Place Winner of the Vector Concepts Annual Chili Cook-off. 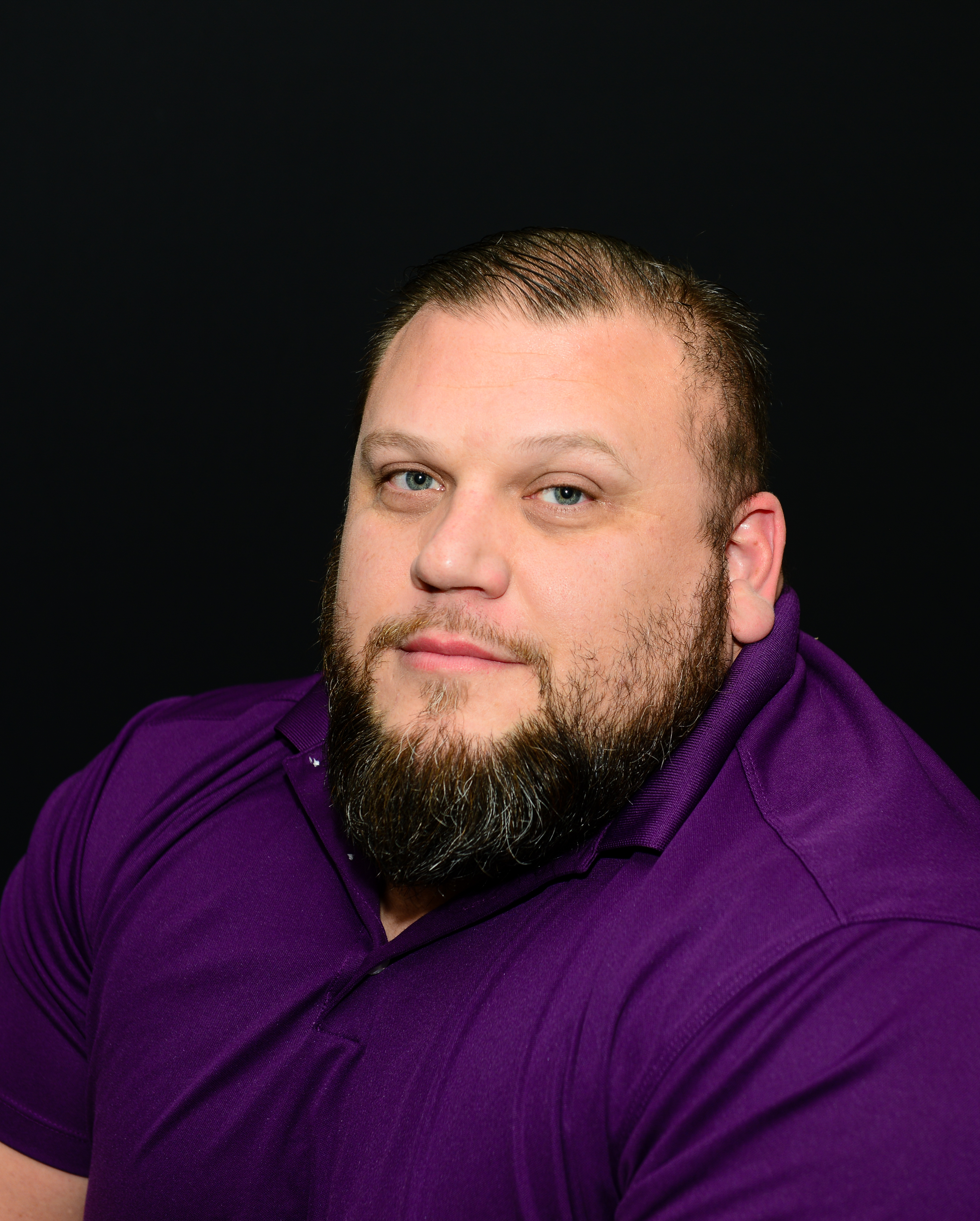 Luke Herrick has been with the Vector family since 2006.  He is consistently a leader in our sales force with almost 18 years of experience in the flooring business.  His emphasis on customer service and picture perfect installations are excellent assets to our business.

He graduated from Stephen F. Austin in 2001 and played football there.

Luke and his wife Ginger enjoy spending time with their animals, dogs, chickens and horses.  They recently purchased a new home to give their animals more room to roam.

Luke is also a Strong Man Competitor and recently returned from Norway competing in the World’s Strongest Viking Competition. 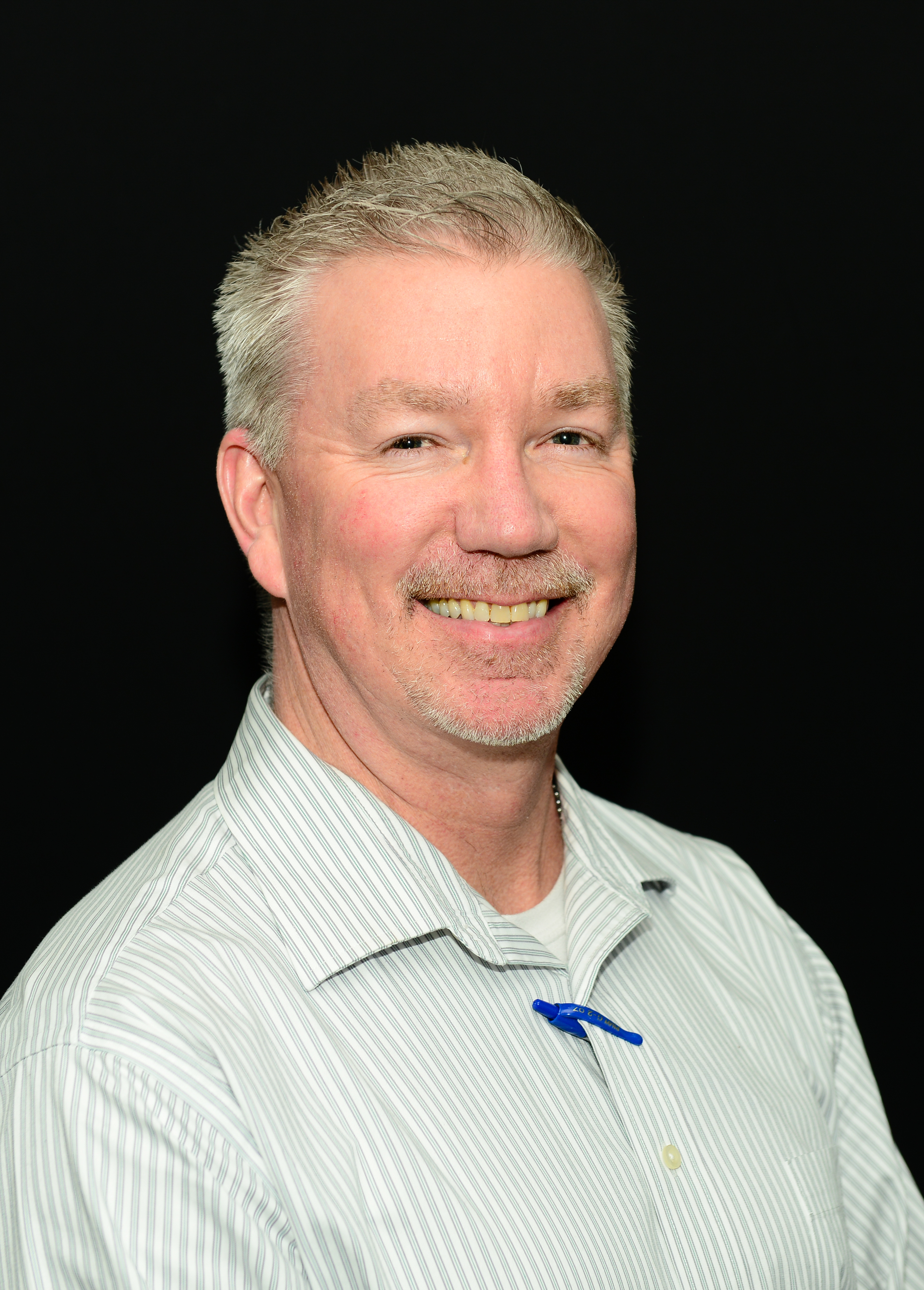 Ken Sanders is a Sr. Project Manager/Sales for Vector Concepts.  He is also an estimator specializing in corporate and tenant/finish out in the DFW area.  Ken has been in the market for 20 years and has been instrumental in the design and management of numerous high-end corporate projects.

His belief is there is no project too small or too large.  Ken’s focus is on taking care of his clients as if they were family.  “We are in an industry built on relationships, I like to think of my clients as friends and family, that’s what drives me to be the best at my career.”

Ken brings a unique perspective to his daily work.  He takes his responsibilities seriously but with a funny and off-the-cuff personality that makes those around him feel at ease from the start of any project all the way to completion.  As Ken says, “if you can’t have fun doing what you do, then find something else to do.”

Ken has 2 sons Sam and Zach that are his true passion.  Whether it is school activities, sporting events, or just hanging out with his kids and being a dad, that is what he truly loves.  “Everything I do is so my 2 boys can have the best/happiest life they deserve.” 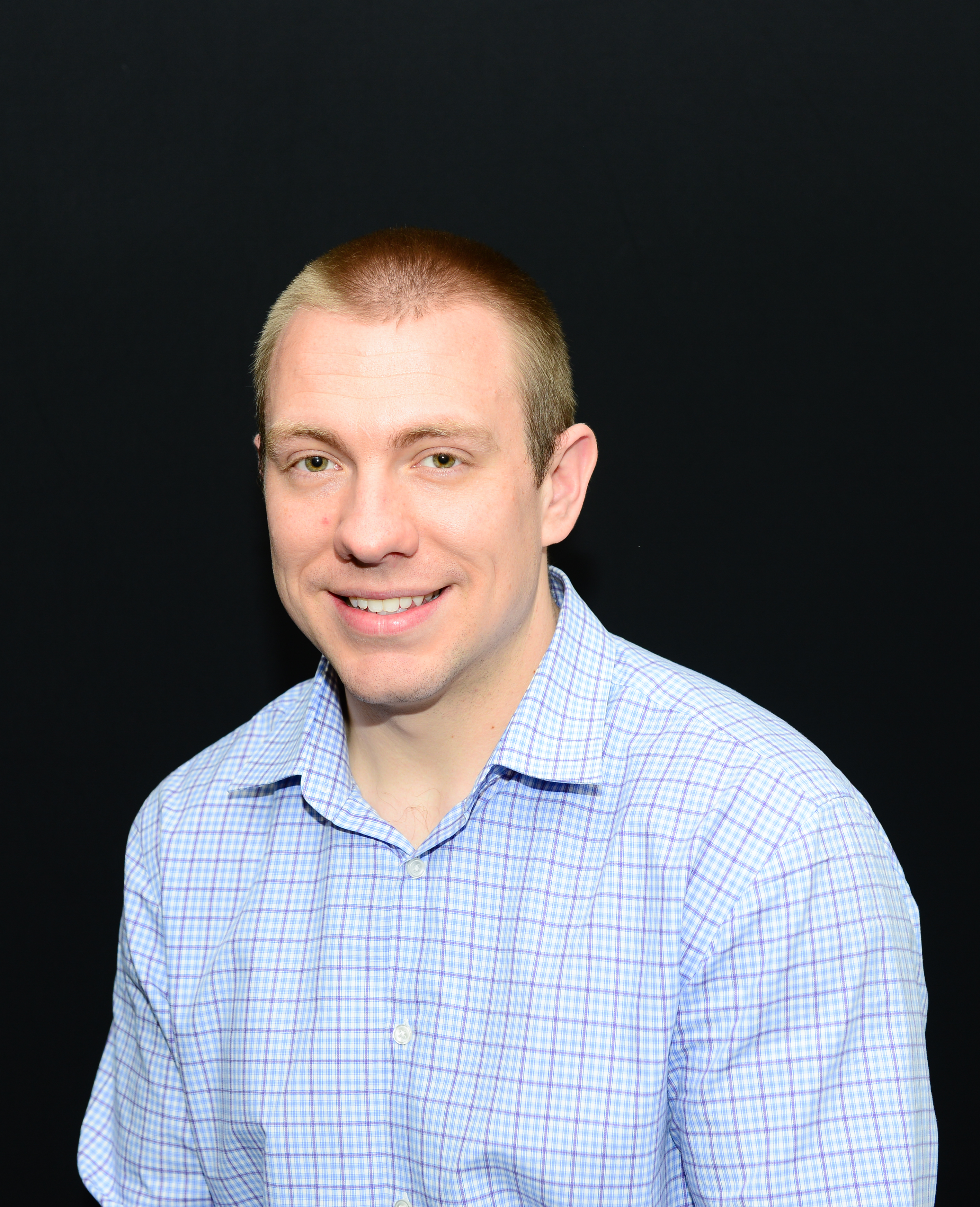 Jonathan started in the flooring industry at a very young age working side by side with his father as an installers helper.  He learned the skills needed to know all the mechanics that go into the various types of flooring.  By the time he was a young teenager he could install any type of flooring put in front of him without his dad having to stand over him.

Fast forwarding to his adult years, he started selling flooring at the age of 21 and has learned what it takes to give the very best customer service his clients need to accurately prepare and send proposals and complete jobs correctly and on time.  Jonathan joined the Vector family in 2018 and is a great asset.

Jonathan has a beautiful wife Laura, and they have 4 amazing children.  When his is not working to provide for his family he loves spending as much time with them as possible.  “I wouldn’t be where I am today without the grace of God, the most perfect wife and family and the knowledge my Dad has given me to be successful in the flooring industry.  The owners of Vector Concepts live every day with God first, family second, work third and I am so grateful to be a part of this amazing family.” 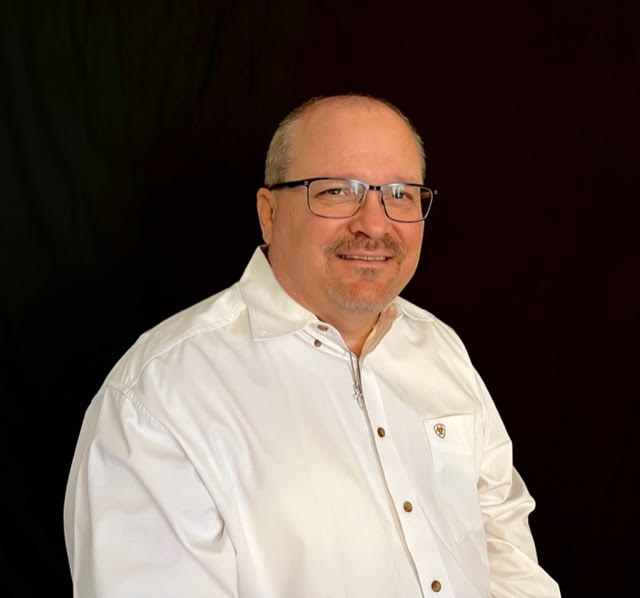 Britt Smith came to Vector Concepts family in 2019 with 8 years in Estimating and Project Management. Britt started in the commercial flooring business in 2011, where he picked up needed experience in managing in a warehouse before being promoted to Estimator/ Project Manager as well as being promoted to Management of the company later. Britt gained needed experience managing multiple healthcare and K-12 projects.  Britt currently is part of Sales/ Project Management/ and Estimating for Vector Concepts out of the Tyler, East Texas office. 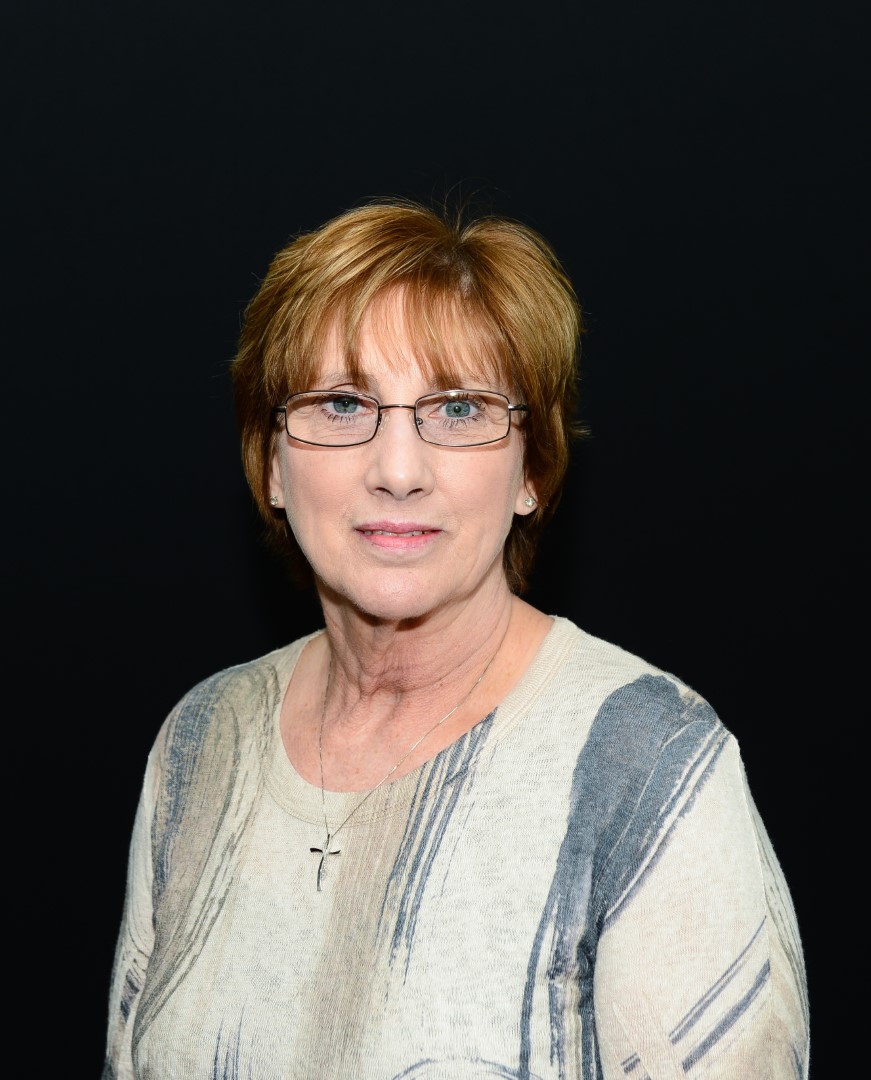 Linda has been in flooring for her entire career and every member of her immediate family has also performed in the flooring industry. With 23 years in the commercial field, her specialty is ceramic tile. She has spent the last 18 years at Vector Concepts, and is considered the “go-to” person when one needs help with getting things done.

Linda, a Dallas, TX native, spends her leisure time reading and spending time with her grandchildren. 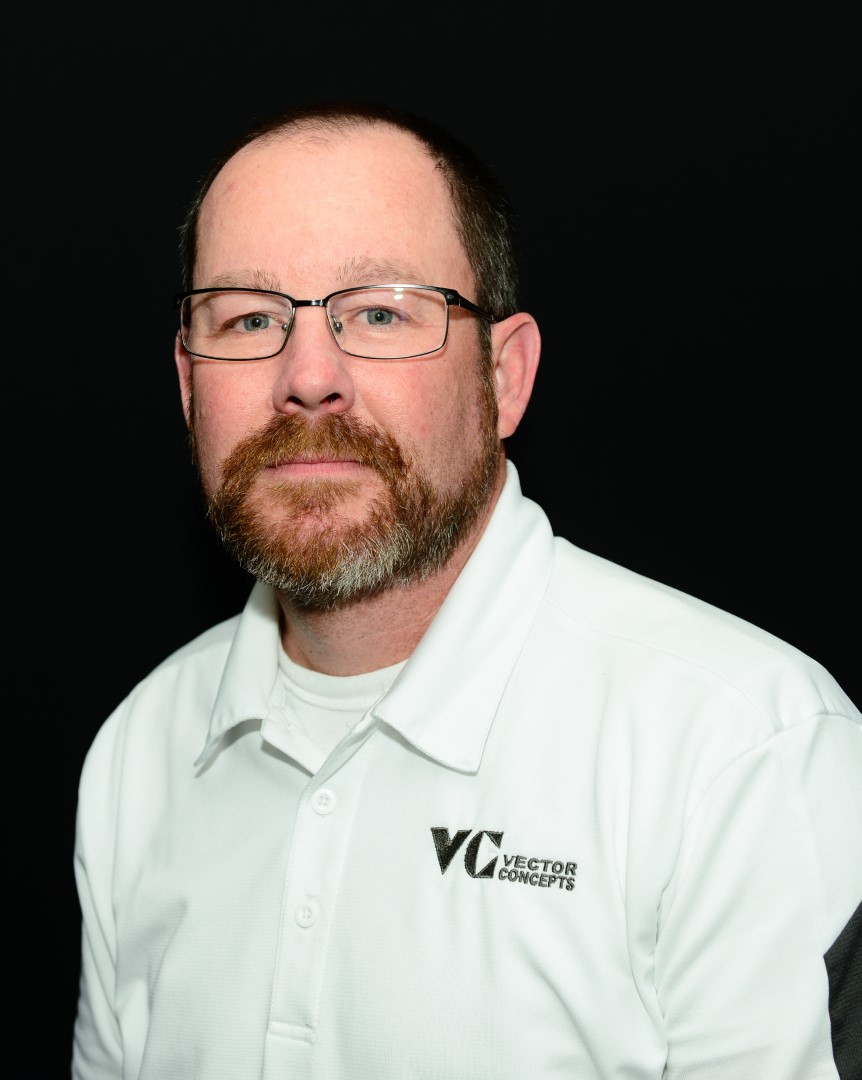 Clark Driver’s role as Senior Project Manager/Estimator is to support the Sales Team by doing takeoffs, pricing out projects and preparing proposals, then taking over and managing the projects. He works primarily within the sports and commercial markets. Clark is not a newbie to commercial flooring; he has been in the industry for over 18 years and has experience in sales and also in leadership, as a Vice President of Operations. In his current role, he jokingly states, “My back sometimes hurts from carrying the Sales Team!”

Born in Nacogdoches, TX, Clark and his wife Amy, who is a fitness instructor, currently live in Plano with their three children, Corey, Cannon and Casey. Clark coaches his sons’ baseball teams and loves to watch Casey play volleyball and softball. When he manages to squeeze in some personal time, he usually spends it catching fish. With all of the activities the family is involved with, sometimes Clark feels like he is his own charitable organization, but he enjoys every minute of it. 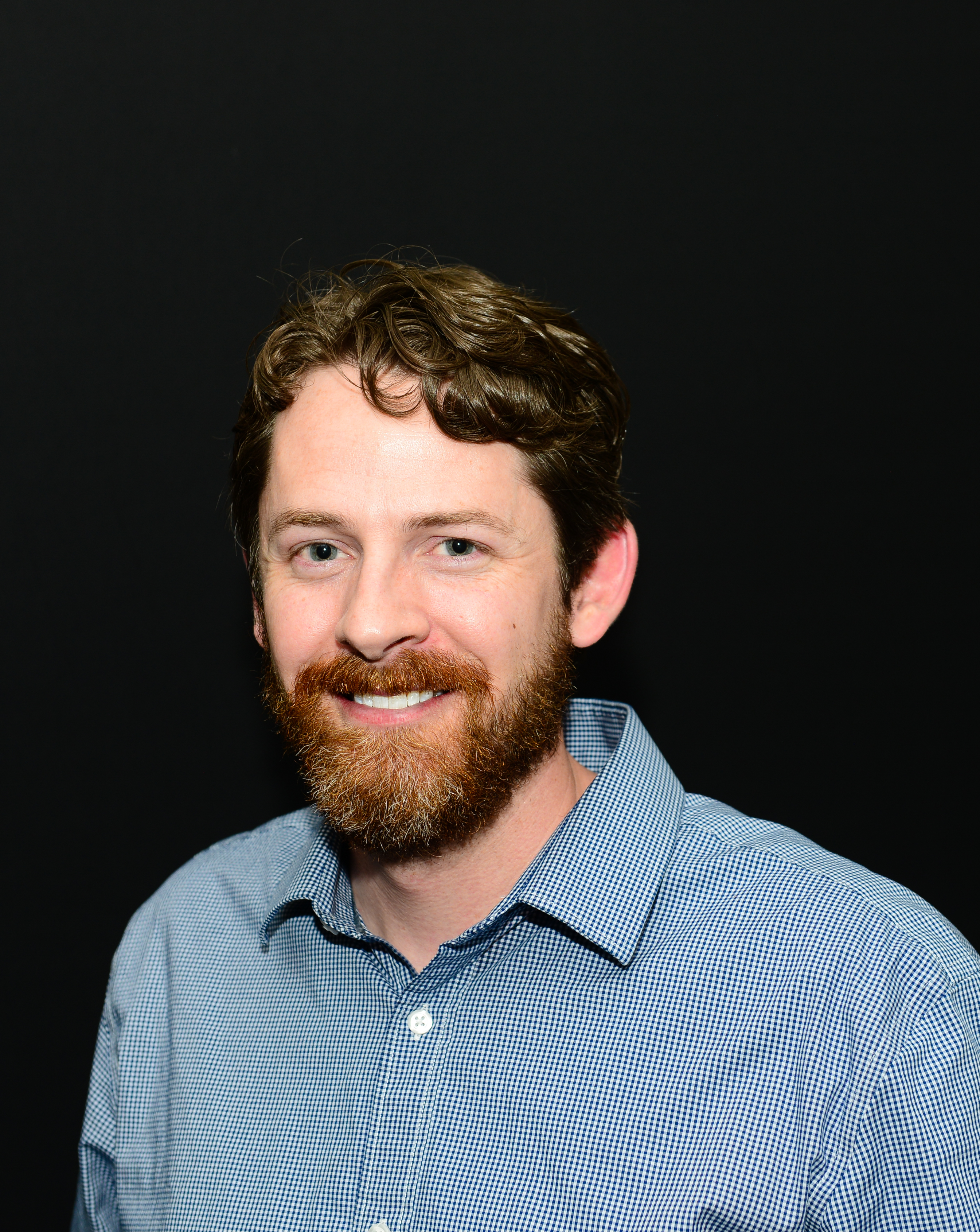 Jon Noel originally joined the Vector family in January of 2017, he spent a short time away and we were thrilled to welcome him back in May of 2018.  His focus is on Project Management for our sales staff in Austin, San Antonio and Oklahoma.

Jon graduated from SMU in 2003 with a degree in Electrical Engineering.

Jon and his wife Babe enjoy being outdoors and going hiking together.  They have two sons Riley 17 and Parker 14 who also enjoy the outdoors, sports, and video games.

Jon’s excellent customer service skills and attention to detail contribute to the continued success of our Sales Team. 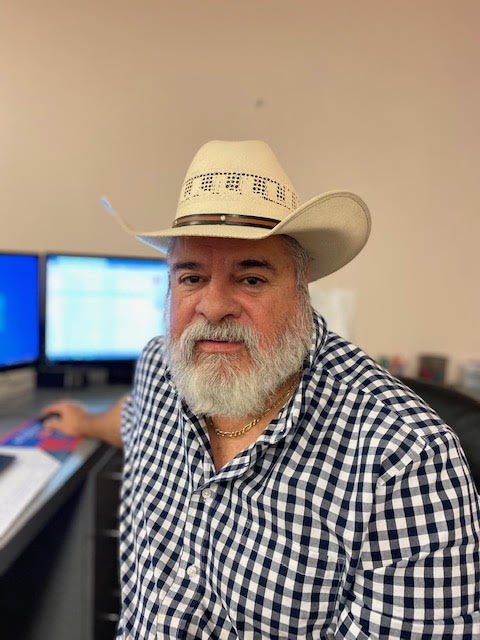 Roland came to Vector Concepts in 2020. He brought with him 37 years of experience in the commercial flooring industry, mainly as an installer and field superintendent. He has supervised multiple Healthcare projects and K-12 projects. Roland resides in Tyler and is the Field Supervisor and Project Manager in the Tyler Office.

In his spare time he likes to watch sports and spend time with his grandkids.